What exactly is standby power? 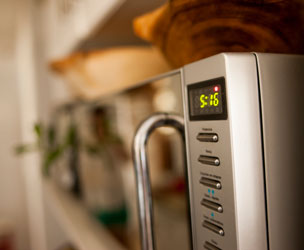 In this confusing environment, we use “standby” to refer to the topic area of “low power modes” generally.  When greater specificity is required, you will often see a qualified term such as “networked standby” (used in European Union regulations), or “IEC 62301 standby” for a test procedure definition.

Is standby power use necessary?

Good design can make the power requirements for these functions very low (but not yet zero).

How do I know if a device consumes standby power?

Almost any product with an external power supply, internal battery, remote control, continuous display (including an LED), or constant network connection will draw power continuously. Sometimes there is no obvious sign of continuous power consumption and you need a meter to be certain. 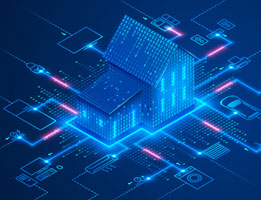 How much power is used for standby in the US? Worldwide?

Nobody knows for sure, but it’s typically 5-10% of residential electricity use in most developed countries and a rising fraction in the developing countries (especially in the cities). Standby power in commercial buildings is smaller but still significant. Altogether, standby power use is roughly responsible for 1% of global CO2 emissions.

Is standby growing or shrinking?

It’s probably growing, but it’s not clear how rapidly.  New products often use a tiny fraction of standby power of the ones they replace -- sometimes as much as 90% less -- although these improvements may be partly offset by the increased power requirements of network connectivity. On the other hand, the number of products with standby -- with and without network connectivity -- is exploding.  Almost every electrical product you buy today consumes standby power. The net effect of these two trends is not clear.

Who coined the term “energy vampire”?

We don’t know. However, the term has been around since before 2001. The vampire refers to the external power supply—the little black cubes—which have two teeth (the plugs) and “suck” electricity all night. The term “leaking electricity” was coined by a Swedish engineer, Eje Sandberg, in 1993.

What are watts and kilowatt-hours? 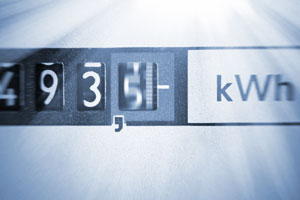 Watts is a measure of power (technically, Joules/second) analogous to speed (miles/hour). So you need to convert the power into energy (like speed into distance). The Kilowatt-hour (kWh) is the standard measure of energy, and is often reported over one year (kWh/yr). Here’s an easy conversion factor: if a device draws 1 watt constantly for a year, then its energy consumption is 9 kWh/yr. That corresponds to about $1.20 (at a utility tariff rate of 13 cents per kWh). So, when the chart says 5 watts, that’s 5 x 9 = 45 kWh/year = $6/year. You’ll quickly see that almost any single device consumes very little in annual electricity use but, when multiplied by 40+ products, the sum is significant.

Can standby power consumption be reduced?

Yes. Many new technologies can improve the efficiency of power supplies, limit power use of displays, and reduce network power.   Most savings will be less than a watt, but can still be economical when scaled up.

Excluding technological advances, there are other ways to reduce standby at home:

Limited research suggests that an informed and aggressive approach can reduce standby use by about 20%. Frankly, there are more productive ways to save energy with an investment of an hour but if high standby energy use stands between you and the goal of a zero energy home, then it’s an hour well spent.

How do I measure the standby power use of something? 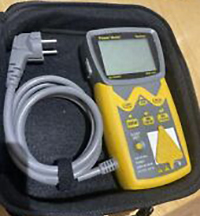 First, you need a meter.  You can buy meters on the Internet for less than $50.  (Some libraries loan them, too.) The simplest ones allow you to plug your device into it (and the meter into an outlet).  Most are reasonably accurate but the errors grow relatively larger when standby is below about 1 W.