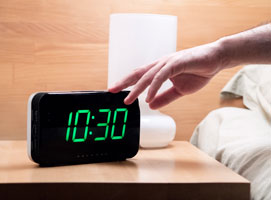 Broadly, standby power is the electricity consumed by devices when they are switched off or not performing their primary functions; however, this definition lacks technical specificity. For example, what is a “primary function”? A primary function in one device may be a secondary function in another. Displaying the time may be a primary function in an alarm clock but not in a microwave oven – and some microwave ovens don’t even have clocks.  In this confusing environment, we use “standby” to refer to the topic area of “low power modes” generally.  When greater specificity is required, you will often see a qualified term such as “networked standby” (used in European Union regulations), or “IEC 62301 standby” for a test procedure definition.

For what would seem like a dry, technical issue, stakeholders have surprisingly different perspectives on standby.  These perspectives have extended to definitions and, ultimately, labels, regulations, and other policies.  Some of these perspectives are described below.

Beginning with the earliest products, consumers have been surprised that standby even exists. The public assumed that if a product is doing nothing, then it is consuming zero power.

Part of the confusion arose with symbols. Standardized symbols for “on”, “off”, and “standby” were developed in the mid-70s began appearing on products. The “power” symbol,

, began to be used on products to change their power state, to toggle between on and off, or to wake up from sleep. Confusingly, the official name of the power symbol is “standby”, and is for a power control for which the off state is other than zero power. (The other such symbol is

for when the off state is zero power). While consumers are unlikely to know of or care about the distinction, the term ‘standby’ may have appeared in some owners manuals.

In the 1990s, “standby” was used as a synonym for “sleep” in some computer operating systems, notably Microsoft Windows (this was later switched to “sleep”). Slightly later, the term ‘standby power’ emerged and usually (though not always) referred to power used when a device is off.

Public organizations concerned with energy efficiency often utilize voluntary programs or mandatory energy standards (e.g. from Energy Star or DOE). These are based on rigorous test procedures which define power levels and modes, and so necessarily name and describe these. The first consumer product test procedures which mentioned standby were for printers and copiers, as at least back to the 1970s, copiers commonly had multiple power modes - not just off and fully on. These procedures defined standby as a form of the on mode, when the product was fully on, but not actively making images.

A turning point came in 2005, with the first publication of IEC 62301, which referenced the “minimum power mode” of a device. This is strictly speaking a power level, as it can occur in the off, sleep, or on mode of a device - though most commonly it is off, or a device with only one significant power mode (e.g. a GFCI outlet or smoke detector). To this day, there is great diversity in the naming of modes in test procedures and regulations.

Almost every product (or at least family of products) has its own definition of standby.  For example, China defines standby for desk and floor fans and has established a maximum power level. 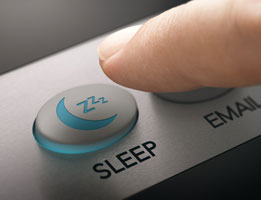 Designers of products, user interfaces on displays, or authors of manuals, often need to use words directly on the product, or in descriptions of modes. Often “standby” is used, perhaps sometimes due to the name of the power symbol, to its use in test procedures or regulations, or because it reasonably describes the state. In one case, it is clear that it was lifted directly from a technology standard the VESA DMPS (Display Power Management Signaling) standard between a PC and an attached monitor, as both MS Windows and the standard have two low-power modes between on and off - “standby” and “suspend” (though which has the higher power level is hard to determine).

Electronic products often use “standby”, but increasingly use “sleep” to refer to a distinct mode between on and off. Many appliances (e.g. a microwave) lack a power switch or have one that is rarely used, and so have a mode when not active; while ‘sleep’ could be used, it might also reasonably be cast as ‘ready’.

While the original distinction between and On/Off control and the Standby symbol appears to be related to safety, to alert the user that a device is still consuming power, it is hard to imagine how this actually ever changes the experience of an ordinary consumer, even as in other situations, as in a factory, it might be relevant. 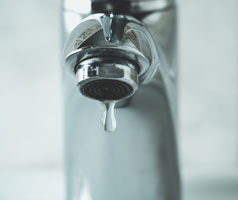 As the topic of “standby power” gained interest, many terms were used to refer to this load which didn’t have obvious consumer benefit. “Vampire” power drew on the two prongs of a plug which are reminiscent of fangs, slowly sucking out a vital resource. “Leaking” brought to mind a dripping faucet, slowly wasting it.

An important family of standby modes are “sleep modes”, which refer to modes between on and off in many products. A more expressive symbol, a crescent moon

, has recently been adopted to signify sleep modes.  Sleep has the advantage of being a metaphor with rich capability including degrees of it (‘light sleep’ vs. ‘deep sleep’) and transitions (e.g. ‘waking up’). It can also be readily translated to any language.

The international test standard most associated with this topic is “IEC 62301 Household electrical appliances – Measurement of standby power”. For the second version, the ambiguity of standby was recognized and it was labeled as a “mode category” to clarify that it was not referring to a unique product mode.

Since the term has so many meanings, it seems best to use and interpret it to only have general meaning for the low power mode topic area, and use other terms when specificity is needed or intended.